OFFICIALLY THE FUNKIEST B&B IN THE WHOLE OF GREAT BRITAIN

The Bull Inn at Barton Mills has been named the “Funkiest B&B in the whole of Great
Britain” at the prestigious AA awards ceremony at St Ermins in London.

THE BULL TAKES THE ONLY 5 STAR GOLD IN SUFFOLK!

The team from the historic 500 year old coaching inn at The Bull Inn, Barton Mills have already had an amazing start to 2014.  The AA inspector made an unannounced and undercover visit to the award winning Bull Inn at Barton Mills in Suffolk and awarded this little gem of a coaching inn with 5 gold stars.  The Bull Inn has achieved this by moving with the times and becoming a modern day Inn with a funky twist, whilst maintaining the building’s heritage along with its cosy and welcoming atmosphere.

BII LICENSEE OF THE YEAR SHORTLISTED – LAST 6 IN THE COUNTRY

Following the exciting news in February that Cheryl had made it to the last 12 individuals in the UK for the prestigious BII Licensee of the Year Award, we are very excited to announce that following a gruelling day of interviews and presentations in London last week that she has made it down to the last 6.

Historically there has only been one award at this event, but this year the Bii have added a new award the “Jeremy Alan Award”. The award recognises excellence in training and staff development in the licensed trade. Cheryl was over the moon to discover she is also down to the final 3 in this category. Cheryl is the only individual in the UK to be up for both awards!

OWNER, CHERYL, SHORTLISTED FOR BII LICENSEE OF THE YEAR

The Bull at Barton Mills are on cloud nine after owner/manager Cheryl Hickman was announced as one of just twelve licensees from across the UK to have successfully completed the rigorous early rounds of assessment to progress to the semi-finals in the prestigious BII (British Institute of Innkeeping) Licensee of the Year Award. Tim Hulme from the Bii said: “The BII Licensee of the Year Award is the ultimate accolade in the licensed trade. The award not only recognises their contribution to the industry but their personal qualities and attributes as well. Entrants face a particularly robust process and are required to demonstrate an on-going commitment to raising standards, innovation and an in-depth understanding of the industry”. The next stage will be a face to face interview with judges from the BII with the overall result being announced on the 14th May at a grand celebration of the industry at the Grosvenor hotel in London.

Following on from last years success of being crowned “Best Small Hotel in Suffolk” at the Suffolk tourism awards, The Bull Inn at Barton Mills are now proud to announce that they have just been named as a finalist, one of only five across the whole of the UK for the title of “Best Freehouse 2012” in the Morning Advertisers – Great British Pub Awards 2012. The judges were looking for a freehouse that excels above all others and one that is both consistent and progressive. The Bull Inn has been judged on many different aspects including customer service, finances, advertising & promotion, independent wine & ale selctions, choice of suppliers and also food presentation and of course taste. With all of this independently inspected by a visiting judge, the team at The Bull Inn are over the moon with being shortlisted and owner Cheryl Hickman says “we are so proud of the achievement of getting down to the last 5 in the whole UK, it’s a real testament to our team and customers” and they are now looking forward to a glitzy awards bash at the prestigous Hilton hotel on Park Lane, London in September.

At the glitzy Suffolk Tourism Awards bash in Ipswich on 29th September 2011 The Bull Inn at Barton Mills was awarded “Best Small Hotel”. The quirky historic Inn located just off the A11 near Mildenhall has seen huge investment over the last five years and is now a real shining star in Suffolk. By winning this award The Bull Inn are in a fantastic position when it comes to the national awards in April 2012…….watch this space!

Wow, what an amazing end to the year, we were presented with the two fantastic awards at a glitzy bash held at the Newmarket racecourse in December.

Small Business of the Year
“Continual reinvestment in the product has created an impressive business which is constantly evolving and doing well despite a tough market.”

Entrepreneurial Spirit
“Enthusiasm, drive and commitment have ensured continued success for this business. They are not afraid to try new ideas and this shows in their product offering and customer following”

What a fantastic result, big thanks to all of our team and customers for helping us to achieve this recognition.

We are delighted to have been named as just one in 4 finalists across the UK in the category of “Sunday Lunch Pub of the Year”, these prestigious industry awards will take place on the 25th November 2010 at the Intercontinental Hotel on Park Lane, London. Sunday lunch at The Bull Inn is a feast of the very best local meats served with the freshest selection of local vegetables, cooked by our award winning chefs. Don’t take our word for it……. come and try it yourself!

Fantastic news for real ale fans, we have been awarded 20/20 on all three of our cask ales during a recent unannounced visit by the team from Cask Marque, this is an outstanding result and is a real testament to how we are striving to achieve the highest standards at everything we do. The beers that were on offer on the visit date were Greene King St Edmunds, Adnams Broadside and Coyote from Wolf brewery.

The judges said “The Bull Inn recognises their staff’s role in the success of the business and goes the extra mile to support their staff. A family spirit and commitment to staff development is demonstrated by its popularity as an employer.”

Up against some really tough competition we managed to get to the final of this fantastic local award. The judges recognised the fab contemporary decoration along with the extremely high quality soft furnishings, flat screen TVs and state of the art bathrooms. The judges said “there are not many places in East Anglia with fantastic hotel rooms, with award winning food and a relaxed atmosphere, however The Bull Inn at Barton Mills have achieved this”

The team at The Bull Inn picked up two awards at the prestigious Newmarket Business Awards at the Rowley Mile Racecourse in December 2008. The team won both the “New Business of the Year” and also “Retailer of the Year” categories. with the judges making the following comments:

New Business of the Year

“The judges thought that the owners of this business had made an impressive start in an industry they were not previously familiar with. The energy and breadth of idea was immense. They have taken a great risk in a difficult and competitive market place and made a successful business.”

Retailer of the Year

“The owners of this business have spent a great deal of time researching the market to ensure that their customers get the best retail experience possible. The business has undergone substantial renovation in order to achieve this and the increase in customer numbers show that this has been successful.” 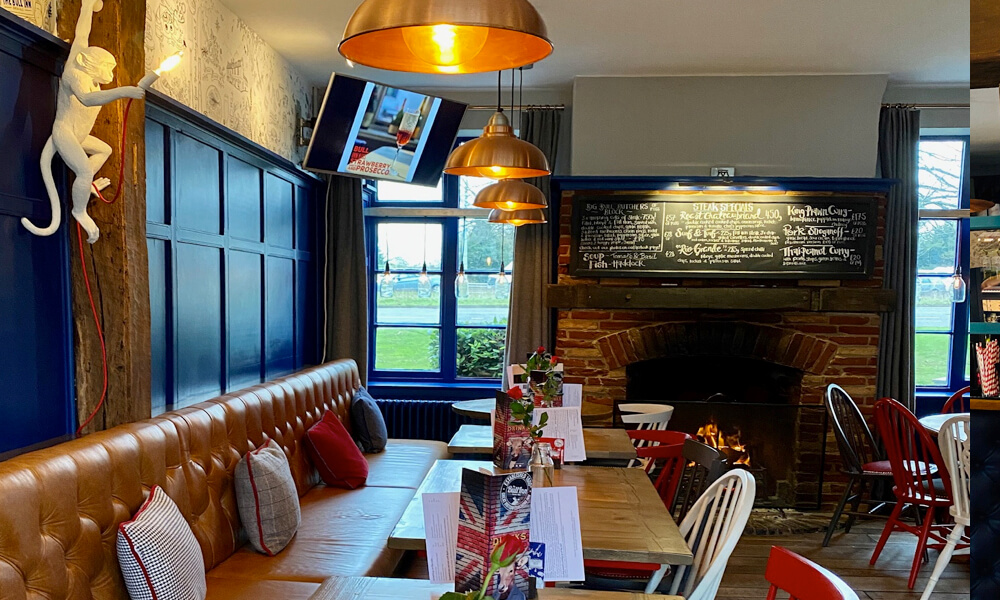 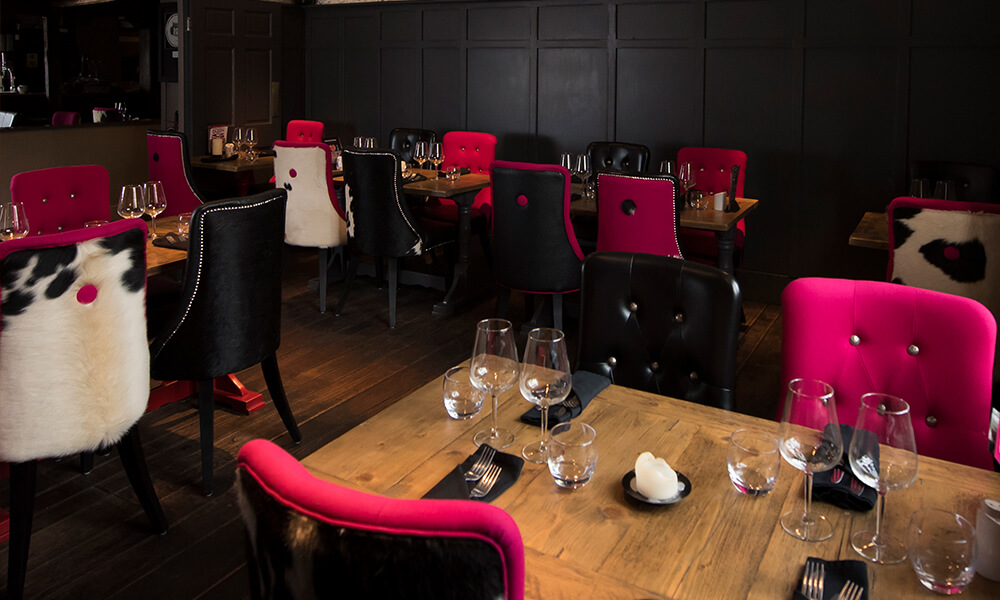 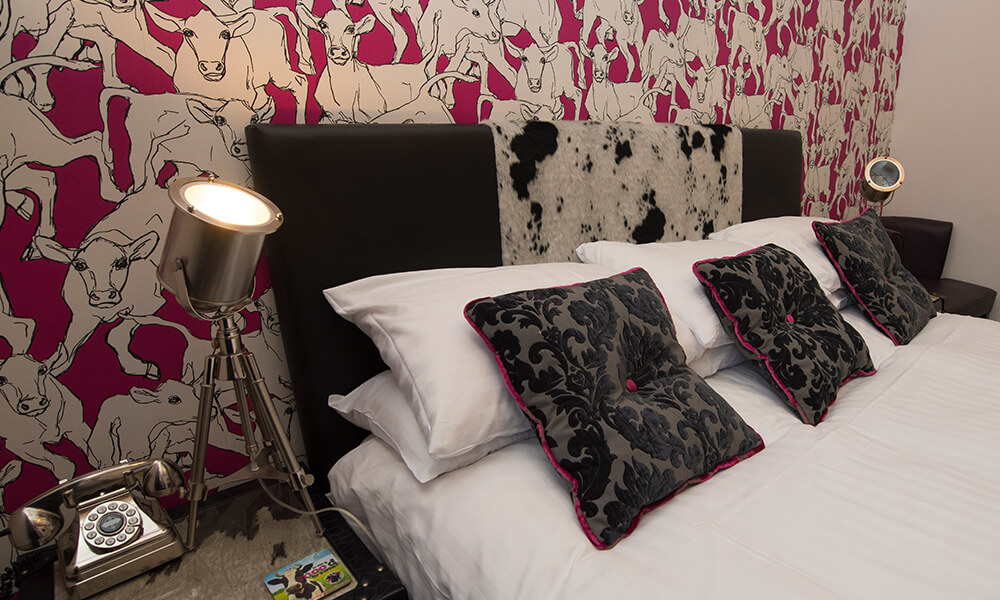 Book a room Book a Table